Just you and your Ancient Greek teacher via live videoconference

Viva Voce offers classes in classical languages and literature. I teach Ancient Greek with a focus on active language use and immersion. Students will gain fluidity in reading faster and more effectively than with a traditional grammar translation approach to studying Ancient Greek. My private online videoconference classes are ideal for busy people who want to learn Ancient Greek to read the classics or who simply want to speak Greek for fun!

The alphabet,
Classroom instructions, vocabulary build up for the lessons. Imperative singular and plural (passive use only
Τίς ἐστὶν; / Τί ἐστὶν; (who are you / what are you)
The verb εἰμὶ in the present tense, all personal forms.
Τί ποιεῖ; (what is X doing?)
Introductions in Greek
Reading in Greek.

Ancient Greek, the language of Alexander the Great, Euclid, Plato and many other important historical figures, may no longer be spoken today, but there are still plenty of good reasons to learn it! Learning Ancient Greek offers practical benefits for people in a wide range of disciplines, from philosophy to medicine. Plus, it’s just plain fun to learn for lovers of Greek culture, literature and mythology.

The study of Ancient Greek is a smart move for many of the same reasons as Latin. Don’t be daunted by the prospect of learning a language with a different alphabet; you’ll see that the process doesn’t have to be tedious and arduous, and the experience is truly enriching.

How do you know if Viva Voce online Ancient Greek classes are right for you? Ask yourself:

Would you like to read Ancient Greek literature as it was meant to be read?

Would you like to learn the language of Homer, Aristotle and the Greek New Testament?

Would you like to do this on your own schedule, from anywhere in the world?

If your answer to these questions is yes, then learning Ancient Greek online with Viva Voce is a great fit for you!

A course in Ancient Greek will allow you to enjoy some of the most influential literature in human history in its original language. Learning Ancient Greek well enough to read these texts is not only an attainable skill, but one that will provide a lifetime of pleasure.

As with learning any new language, studying Ancient Greek will give you a richer, more nuanced understanding of English and also prime your brain to learn any other foreign language you might be interested in. Winston Churchill was quoted as saying that learning Greek was “a treat”, so why not expand your linguistic capabilities with a classical language that will allow you to access such a treasure trove of literature?

Even people in the sciences stand to benefit if they learn Ancient Greek, especially in medicine and life sciences. Approximately 90% of technical and scientific terms used in English are derived from Ancient Greek or Latin, so learning one of these classical languages can only help.

For anyone interested in the Classical Era and its history, culture and mythology, there is really no substitute for reading the great works that came out of Greece in the authors’ own tongue. Ancient Greece was, after all, instrumental in the creation of Roman culture, which in many ways is still with us today.

But no matter your reason for learning Ancient Greek, whether you want to enrich your study of other subjects or to read the words of the likes of Homer, Aristotle, Sophocles, Herodotus and Plato, memorizing tables with declensions and conjugations is not going to be the most effective (or fun) Latin language learning approach.

Like other classical languages, Ancient Greek has gotten a reputation as a difficult subject reserved for the intellectual elite or a select few “gifted” students. These preconceived notions that people tend to have end up interfering with their motivation and ability to learn.

You do not have to be a grammar whiz or have an exceptional memory to successfully learn Ancient Greek. There is a better way to learn that will allow you to study Ancient Green online and develop fluidity in reading ancient texts without doing grammar drills until your eyes glaze over.

After extensive study, it is my firm belief that there is nothing intrinsically difficult about Ancient Greek. The problem is in the way that traditional classes have focused on grammatical translation and memorization of vocabulary lists, which is dull for most students and does not result in fluid reading ability. In my Viva Voce online Latin classes, I teach Ancient Greek as if it were any other foreign language, with an approach based on natural language acquisition and immersion. This makes your learning experience more engaging and motivated, but even more importantly, it increases the effectiveness of your study.

From our very first class, you and I will be interacting in Latin. This active language use, combined with the natural approach method of Lingua Latina Per Se Illustrata, will give you the tools you need to confidently start reading the Ancient Roman classics without the need for boring and inefficient grammar drills.

But don’t take my word for it—why not see for yourself? Book a free 30-minute trial class and start your journey into the classical world! 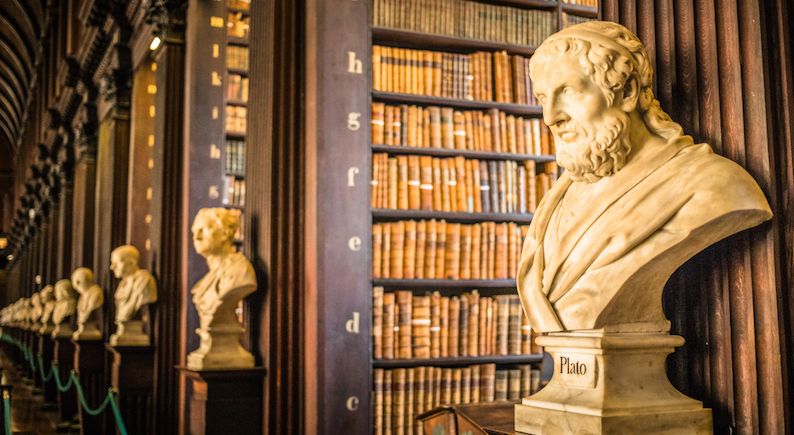