Just you and your Latin teacher via live videoconference

Viva Voce offers classes in classical languages and literature. I teach beginners’ Latin with a focus on active language use and immersion. Students will gain fluidity in reading faster and more effectively than with a traditional grammar translation approach to studying Latin. My private online videoconference classes are ideal for busy people who want to learn Latin to read the classics or who simply want to speak Latin for fun!

What contents will I learn in this course?

Don’t mind people who scoff at the idea of studying a “dead” language; there are tons of reasons to study Latin! These range from the very practical and immediately applicable, like helping expand your vocabulary in English or laying the foundation to learn modern Romance languages, to the loftier goals of being able to read the classics or learning Latin for fun, for its own sake.

Latin could be said to be a dead language that never died. It may not be the native language of any community, but it is still spoken (believe it or not) and is commonly studied and read for many diverse and compelling reasons.

How do you know if Viva Voce online Latin lessons are right for you? Ask yourself:

Would you like to read Ancient Roman literature as it was meant to be read?

Would you like to learn the language of Cicero, Virgil and the Vulgate?

Would you like to do this on your own schedule, from anywhere in the world?

If your answer to these questions is yes, then learning Latin online with Viva Voce is a great fit for you!

Latin will allow you to enjoy some of the most influential literature in human history in its original form. Learning Latin well enough to read these texts is not only an attainable skill, but one that provides a lifetime of pleasure.

Other reasons to learn Latin

One of the most common reasons people choose to take a Latin course is an interest in learning the modern languages that were born from it; French, Spanish, Italian, Portuguese and Romanian all share it as a parent tongue, which means familiarity with the Latin language gives students an advantage when learning the Romance languages spoken by millions today.

Did you know that Latin can even improve your English? It might be your mother tongue, but most native speakers are not aware of the strong influence this ancient language has had on English. Studying it offers students more insight into grammar, and familiarity with Latin roots can quickly expand their vocabulary in English.

Learning how to speak Latin has several benefits outside the fields of language and literature, too. Many modern professions continue to use this classical language for a considerable portion of their technical jargon, including medicine and the natural sciences, law, philosophy and theology. And anyone with an interest in the history of the Roman Empire would be doing themselves a disservice if they didn’t learn at least some beginners’ Latin.

But whether your motivation to learn Latin is to enrich or facilitate your study of other languages or to read the words of the likes of Horace, Cicero, Virgil, Julius Caesar and Ovid, memorizing tables with declensions and conjugations is not going to be the most effective (or fun) Latin language learning approach.

The best way to learn Latin

In my academic and professional career, I have studied different aspects of classical tradition, from works of philosophy to literature to oratory and poetry. What I find is that, when itcomes to the study of ancient languages like Latin, people often have problematic preconceptions.

In my academic and professional career, I have studied different aspects of classical tradition, from works of philosophy to literature to oratory and poetry. What I find is that, when itcomes to the study of ancient languages like Latin, people often have problematic preconceptions.They tend to think that learning Latin must be difficult and tedious, that they must have an outstanding ability to memorize vocabulary and decipher grammar before they can develop any fluidity in reading, as if only a small minority of “gifted” students could ever be “good at Latin”, and everyone else should give up any hope of fluid reading. This isn’t true, no more so than with any other language, modern or classical.

I firmly believe that there is nothing intrinsically difficult about Latin. The problem is in the traditional focus on grammatical translation, memorization of vocabulary lists and “decoding”. In my Viva Voce online Latin classes, I prefer to teach this classical language as if it were any other foreign language, with a focus on language acquisition and immersion. This improves motivation and makes your learning experience more enjoyable, but even more importantly, it increases the effectiveness of your study.

From our very first class, you and I will be interacting in Latin. This active language use, combined with the natural approach method of Lingua Latina Per Se Illustrata, will give you the tools you need to confidently start reading the Ancient Roman classics without the need for boring and inefficient grammar drills.

But don’t take my word for it—why not see for yourself? Book a free 30-minute trial class and start your journey into the classical world! 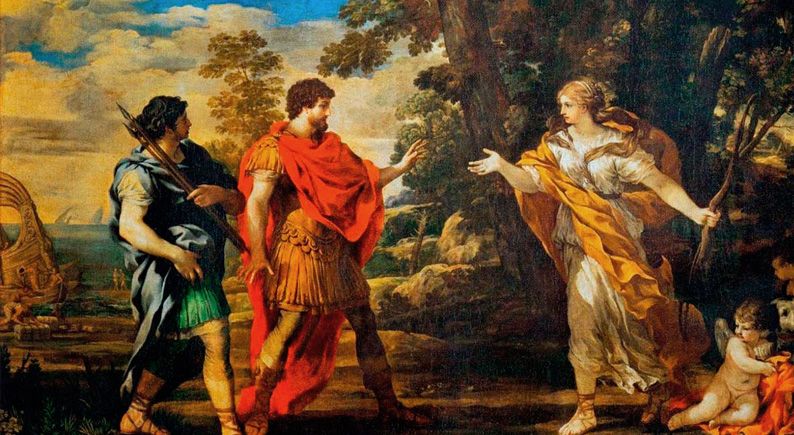